Wavelength λ
The wavelength is defined as the length of one oscillation of an electromagnetic wave (also called length of a “period”), given in units of meters (m).
Frequency and wavelength relate directly to each other: the higher the frequency, the shorter the wavelength (see figure). 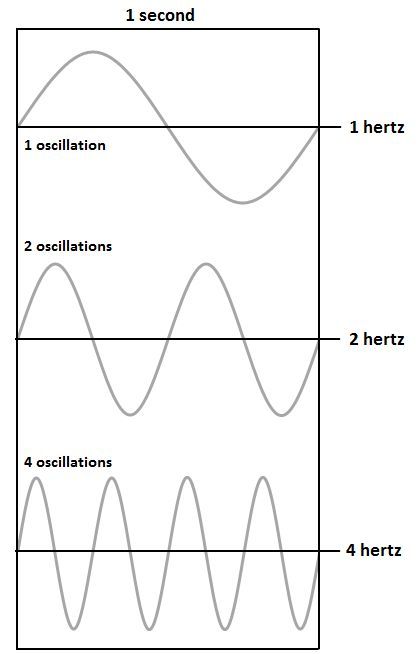 Amplitude
The “strength” or “height” of an oscillation is called amplitude (see figure). Depending on the kind of oscillation, different units are used. In the range of electromagnetic fields these are: