The magnetic field strength around a conductor increases with rising electric current strength and decreases with growing distance from the field source. It is depending on the type of source how fast the field decreases (see figure). 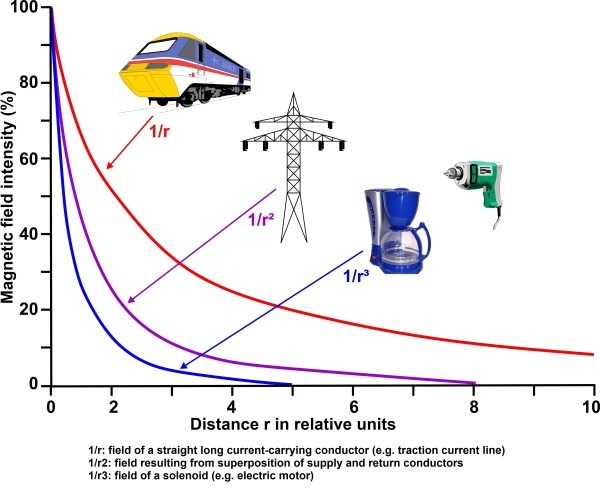 In simple terms, the magnetic permeability µ (also called magnetic conductivity) is a measure of the permeability of materials for magnetic fields.